In the previous section of this free CCNA and Network+ tutorial series on switching fundamentals, we had a look at how CSMA/CD operates and began our discussion of collision domains.     Right now, we need to discuss another domain type — broadcast domains.

Every single time a host connected to this hub sends a broadcast (a message meant for everyone), every other host on that hub will receive a copy of that broadcast.

Generally speaking, not every device that can receive that broadcast needs it, and we’re very interested in preventing the unnecessary forwarding (“propagation”) of a broadcast throughout the network.

Everything we do on a Cisco router or switch has a cost in one form or another, whether it be time, more work for the processor, or lessening our overall available bandwidth.   It’s in our best interest and in the best interest of our network to prevent our routers and switches from handling unnecessary tasks.

Let’s say we have 64 hosts attached to a hub.  If one host sends a broadcast, 63 hosts are going to get a copy of that broadcast.   If only three hosts actually need the broadcast, we’re running into these unnecessary costs:

In short, hubs and repeaters brought some benefits to our network, but they left us with two major problems:

Then came the bridge.

With bridges, we could now create smaller collision domains, which in turn resulted in fewer overall collisions. Bridges were generally placed between hubs to create these multiple collision domains.

Bridges were a big help on the collision front, but not so much with broadcasts.  This network is still one broadcast domain, and as the network grows larger, so does the number of total broadcasts.

Then along came switches.

By replacing our hubs, repeaters, and bridges with a single switch, we gain immediate benefits, especially when each host is connected to its own switch port.  That means each host is in its own collision domain.  This “one host, one port” topology is microsegmentation, and this design eliminates any chance of collisions. 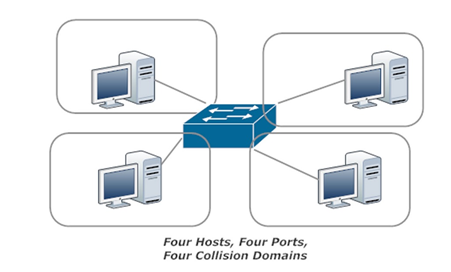 Each host will also have far more bandwidth available to it than in the previous designs.  With microsegmentation, the hosts no longer have to share their bandwidth with other hosts.  With FastEthernet ports, theoretically, each host can run at 200 Mbps (100 sending, 100 receiving). 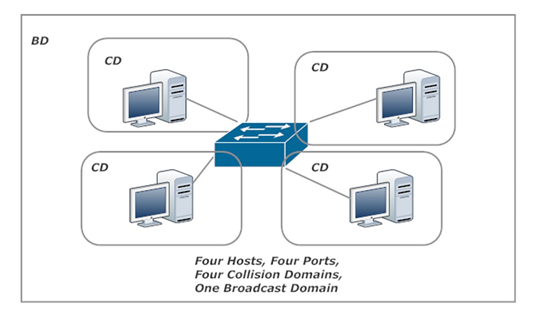 We’ll address how to configure a Cisco switch to break up broadcast domains in a future tutorial (hint: Virtual LANs).   Right now, let’s review the capabilities of hubs, bridges, and switches.

Be sure you’re very clear on the differences between hubs, switches, repeaters, and bridges before you take your CCENT, CCNA, or Network+ exams.

Something else you need to have down cold is the way a switch builds its MAC address table, and  that’s the next lesson in this free Switching Fundamentals course.

When you’re done with these tutorials, take a moment to subscribe to my YouTube channel, where I’ll be posting free videos for all three of those exams in 2019 — and, of course, beyond! 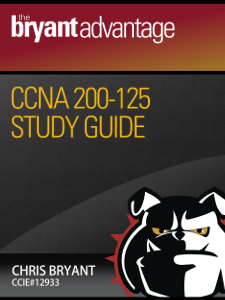 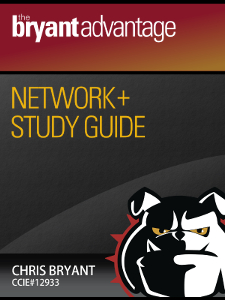