In the first part of this free CCNA and Network+ course on switch fundamentals, we took a look at two of the network devices that preceded switches; namely, repeaters and hubs.  In this tutorial, we’ll see how hubs use CSMA/CD  to avoid data collisions (great stuff to know for your exams!)

All four hosts connected to that hub are said to be in one collision domain since data sent by any of the hosts can collide with data sent by any other host.   To prevent the loss of data and time associated with collisions, Carrier Sense Multiple Access with Collision Detection (CSMA/CD) was developed.  Here’s the CSMA/CD process:

CSMA/CD introduces delays we’d rather not have, particularly with the high level of delay sensitivity when handling voice and video traffic.    These collisions and delays are bad enough, but there’s another major issue with hubs — the fact that all hosts connected to the hub are also in one big broadcast domain.

We’ll examine broadcast domains in the next installment of this free course on switching fundamentals, followed by a real-world discussion on how switches can break up both collision domains and broadcast domains.   See you there, and as always, thank you for making my work a part of your success story. 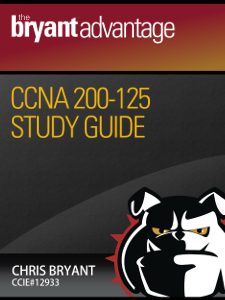